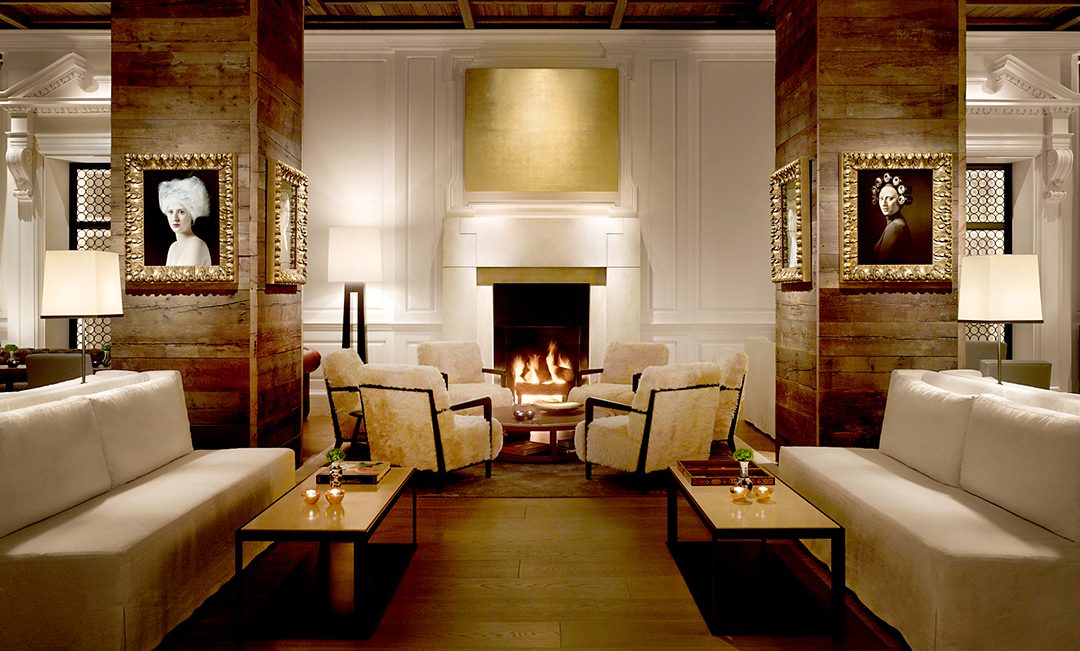 Hotelier Ian Schrager, founder of mythical 1970s nightclub Studio 54 and credited with creating the concept of the ‘boutique hotel’, has announced the opening of his new hotel brand PUBLIC in New York, which opens on June 7.

PUBLIC, which is located at 215 Chrystie Street in the Bowery district, is, claims Schrager, a ‘disruption’ to the city’s current lifestyle brands. PUBLIC’s fundamental ethos will be accessibility, with a focus on style, sharp service and fun facilities.

“I truly believe that everyone deserves a one-of-a-kind experience that lifts their spirits and makes their heart beat faster, one that elicits an emotional response…and to deliver this at a reasonable price point is even more on the mark for today’s savvy and sophisticated traveller,” says Schrager of the project.

Life Lessons from Ian Schrager. Ian Schrager, who founded Studio 54 with Steve Rubell and created the boutique hotel concept with the Morgans Hotel in 1984, is arguably the Steve Jobs of the hospitality industry.

But now, this avatar of stylish exclusivity is reinventing himself as a populist, hawking a “luxury for all” concept with the new Public hotel. On Chrystie Street on the Lower East Side he promises celebrity-class digs on an Airbnb budget.

Now 70, and recently pardoned for his 1980 tax evasion conviction at Studio 54 (one of President Barack Obama’s last official acts), Mr. Schrager offered some life lessons that helped him thrive for four decades in the cultural cross hairs.

Give customers only what they want.

Did you see the movie “The Founder”? Hamburger places used to have girls with skimpy outfits and roller skates to take orders. You had to wait 20 minutes. These guys from McDonald’s realized that 90 percent of their orders were for Cokes, hamburgers and French fries, so they cut out everything else.

Hotels need to evolve, just as taxis and other businesses have discovered.

The hotel industry is in denial about Airbnb, the same way they were about the online travel agencies. But you can’t compete by playing politics. You can’t stall progress. The only way to compete with a strong idea like Airbnb is with another strong idea. You provide a social community space, because Airbnb can’t do that.

A hotel traditionally provided a manifestation of the social fabric of that city. It’s when the real estate guys got ahold of it that they stopped doing it.

You’re only as good as your next party.

I must still be trying to prove something. We’re doing the opening for Public. I still think I’m going to throw a party and nobody’s coming. I think a lot of creative people are driven by that same thing — it’s not so much the drive for success as it is the drive to avoid failure.

I’m in the Mona Lisa business. I’m trying to do something really incredible and unique every time I step up.

If I had to choose a hero, that’s easy, Walt Disney. He’s the perfect combination of art and commerce. I could say Steve Jobs, but I would have been a nicer Steve Jobs.

And if you have to be mean, let your partner do it.

Steve Rubell coined the term “bridge and tunnel.” I didn’t know what he meant. One night he was out at the velvet rope at Studio, and there were the people with the chains, the polyester shirts, the hairy chests. He said: “We can’t let the bridge-and-tunnel people come in. That’ll kill the night.”

The ultimate irony was, we were bridge-and-tunnel people.

If 80 percent of success is showing up, the other 20 percent is knowing when to leave.

People would always say that I left Studio too early and Steve left too late. Steve would stay there because he loved it. I mean, to the bitter end. I was like Greta Garbo; I liked not being a part of it.

At Bianca Jagger’s birthday party, as soon as we presented the birthday cake and she got on that white horse, I left the party.

Crime should be left to the criminals.

Have you ever seen the movie “The Brink’s Job,” where they were in the room throwing money in the air? [Our tax evasion] wasn’t some tightly controlled conspiracy. It was like a joke.

You need powerful friends, especially on the inside.

There were some scary guys in there. We were in there with Frank Lucas [the drug kingpin]. We were there with the people from the Lufthansa heist. One guy had killed somebody with a bowling ball. We quickly made friends with him, gave his wife money on the outside so he’d protect us. Because life is cheap in prison. You could get somebody killed in prison for $2,000.

If Basquiat presents you with a painting, don’t give it away.

I remember Basquiat, when he was doing the Mike Todd room at the Palladium. He gave me the study of one of the paintings, and I gave it to a girl. One of his paintings just went for $110 million.

Money only goes so far.

You can’t be driven by money. Money is a perversion of the process. You have to be driven by an ideal. Then, money is a consequence.

A great business partner is like finding true love.

We recently put a picture of Carlos on Public hotel’s Instagram, and Matt was perfectly cool with that. Matt doesn’t give a damn, just like I didn’t give a damn.

It was the first time I ever saw that generous dynamic, the way that Steve and I had. A partnership, it’s when the two people create a third entity. You’re lucky when you’ve got that. I’ll never have it again.

When you’re a felon, the stigma never goes away.

People say, “Why did you get the pardon?” I was embarrassed for my kids. Doing a big financing now, you have to write that thing whether you’ve been convicted of a crime. It’s still an embarrassing thing for me.

There are certain things in life you can’t really walk away from. Illness falls into that category. What we did at Studio 54 falls into it. All you can do is try and bring closure.

What they say about family is true.

I gave up a lot for success. I lost 10 years with the Studio 54 debacle. It took me 10 years to recover. But now I’m at a point in my life, I’ve got a great wife, I have five kids, I have a 6-year-old son. I work very, very hard, but I stop work at 4:30 or 5 because I want to go home and I want to eat with my wife and my son. I have everything I ever dreamt about.

Finally, at the end. Because you don’t figure it all out until the end.